Countries with the happiest residents revealed in the 2017 World Happiness Report. 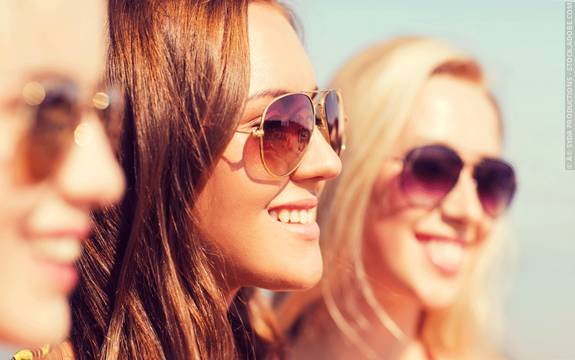 The 2017 edition of the World Happiness Report has been been published by the UN to coincide with the International Day of Happiness, which took place on March 20th. The report - the fifth edition since its first publication in 2012 - provides an intriguing insight into the differences in happiness amongst 3,000 participants across more than 150 countries. The authors of the report also identified factors which have the most significant effect on an individual’s happiness.

Some of the highest levels of happiness were been found to be enjoyed by citizens in Scandinavian countries, with Norway topping the report’s list of countries ranked by happiness, up from 4th place last year. Denmark and Iceland ranked second and third respectively, with Switzerland taking 4th place for life satisfaction (Halliwell et al, 2017).

Overall, the ten highest-ranking countries remained the same as in 2016, but varied in position compared to the previous year. Meanwhile, the US was ranked as the 14th happiest country, with the United Kingdom taking 19th place.

The report used data from surveys that invited participants to rate their levels of life satisfaction on a ten-point scale known as a Cantril ladder, ranging from 1 (least happy) to 10 (happiest). It found that people in the ten happiest countries rated their life satisfaction as much as four points higher than those living in the ten least happy countries. Residents of the Central African Republic reported being the least happy, with the country ranking lowest in 155th position.

The report’s authors found that three quarters of the variation in happiness levels could be attributed to six key factors, on which each of the ten happiest countries scored highly. These factors include:

Mental health was also identified as significant contributor towards happiness. An analysis of surveys involving participants from the U.K., U.S. and other countries suggested that mental illness had more of an effect on happiness than other key factors such as a person’s income or their employment status. Some of the most common forms of mental illness - depression and anxiety disorders - were found to have the most negative impact on happiness.

A mother’s mental health was also identified as being the best predictor of her child’s happiness in adulthood, along with the social environment that they experienced at school.

Whilst the happiest countries in the report’s rankings are dominated by more developed, Western nations, other relatively wealthy societies, such as the U.K., U.S. and Japan (in 51th place) report lower levels of happiness. This raises the question of whether money really can buy happiness, as is commonly perceived.

Let’s take an illustrative example: that of China. Over a period of 25 years, China has enjoyed unprecedented economic gains, with GDP increasing by five-fold. And to an extent, citizens have become wealthier than they had been previously. Yet, during this period, one measure of happiness amongst the Chinese population - subjective well-being - actually decreased over fifteen years, before finally beginning to recover.

Similarly, American respondents reported a decrease of 0.51 Cantril ladder points when assessing their happiness levels over the last decade. We might expect that the higher income levels and a longer healthy life expectancy during this period would have lead to increased happiness levels in the U.S.

However, these benefits have been counteracted by decreases in the social factors that affected life satisfaction. Respondents felt that they enjoyed less social support than previously, along with lower levels of individual freedom and less trust in institutions. They also reported behaving less generously - making smaller donations - than before. Together, the report suggests that these social factors have contributed to lower levels of happiness in the U.S. than were enjoyed a decade ago.

The report’s authors emphasize the importance of these social factors over wealth on happiness. They estimate that increases in people feeling that they know someone who they can depend on in difficult times could increase happiness as profoundly as increasing the wages of people in the world’s three poorest nations to the international average (from around $600 to $10,000 annually).

As we would expect, the World Happiness Report found that people’s work life also contributes towards their happiness, in both positive and negative ways. People whose fields of work involved manual labor, such as construction, farming and transport, reported feeling less happy than those in other types of employment.

Several specific factors relating to employment can also affect happiness. These include a person’s sense of work-life balance - the way in which they are able to manage and separate their work life from their leisure time. The monotony and variety of experiences at work, security in one’s position and the autonomy enjoyed at work can also influence a person’s happiness.

The report also found significant differences in reported happiness levels between people who were in employment and unemployed respondents. Those with a job tended to be happier but were not immune from changes in unemployment levels. Rises in unemployment were found to affect even those citizens who retained their jobs.