Listening to sad music can create 'pleasant' emotions, according to a recent study. 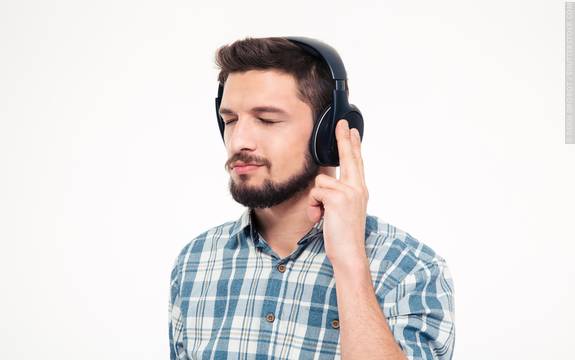 Listening to melancholic music “induces pleasant emotion”, according to a recent study published in the journal Frontiers in Psychology.

Conventional wisdom would hold that listening to a sad song could lead a person to experience negative emotions. The opening scene of the 2001 film Bridget Jones’s Diary typifies this idea when, as Bridget ponders the single life with a glass of wine in hand, she listens to Jamie O’Neal wistfully singing All By Myself.

Dr. Ai Kawakami, a researcher at the Brain Science Institute at Tamagawa University, Japan, questioned why a person would choose listen to a piece of sad music if they knew that it would lead to an undesirably sad mood.

In a paper, Sad music induces pleasant emotion, Kawakami described the findings of an experiment which contradict popular beliefs about music’s effect on the mood-states of listeners (Kawakami et al, 2013b).

Kawakami noted that the range of notes used in a piece of music affected listeners’ perception of whether it is ‘happy’ or ‘sad’. Pieces composed in a major key, as many upbeat pop songs are, tend to be viewed as jolly and positive, whilst sad pieces are often written in a minor key.  However, for the purposes of the experiment, pop music and easily recognisable pieces were unsuitable to use when measuring participants’ moods.

“If well-known music had been used for the experiment, then certain participants might have had personal memories connected with this music, and the emotion evoked would thus have been influenced by those memories”, Kawakami writes.

In the study, forty-four participants were asked to listen to a number of pieces of music. Seventeen people had existing musical experience or were studying music at college, whilst the remaining twenty-seven were studying an unrelated subject at college or had no obvious expertise in music. These two groups enabled the researchers to discern whether a knowledgeable appreciation of music influenced the way in which it affected a person’s emotions, with the expectation that, “When people listened to minor-key music, those with more musical experience would feel more pleasant emotion than would be indicated by their reported perceptions of the same sad music” (Kawakami et al, 2013b).

Samples of three classical pieces, each approximately thirty seconds in duration, were chosen for listeners to experience: La Separation by Glinka in F minor, Etude “Sur Mer” by Blumenfeld in G minor and Allegro de Concierto by Granados, which was transposed into the key of G major for the purposes of the experiment.

In a series of four listening tasks, participants heard pieces of music individually and were asked after each piece to describe the emotion induced by it, by rating emotionally-descriptive terms from a list of 62 words, rating the aptness of the word on a scale of 0 to 4.

The researchers were keen to distinguish between two effects that music can have on emotions. Firstly, they sought to measure the emotion that participants themselves felt as a result of listening to the pieces, known as “felt emotion”, asking the question, “How did you feel when listening to this musical stimulus?”.

Kawakami and her colleagues recognised that a sad piece of music, whilst recognisably melancholic, may not necessarily cause a person to feel the same way. To test this, they measured a second emotional effect - “perceived emotion” - by investigating the emotions that participants believed other people would feel in response to the music, asking, “How would normal people feel when listening to this musical stimulus?”.

Although the hypothesis that expertise in music would lead participants to appreciate sad music, as found previously (Kawakami et al, 2013a), this was not supported by the results of the experiment. A clear difference was observed, however, between the way in which participants judged the emotive quality of music and the extent to which they internalised such emotions.

Assessing this anomaly, Kawakami categorized the words used to describe the emotions conveyed in the pieces into four groups: tragic, heightened, romantic or blithe. The difference between participants’ view of the music according to these four types of emotion revealed some intriguing effects.

Music described in tragic terms led to participants recognizing the mood of the music. However, it did not affect them to the same extent. By contrast, romantic music tended to influence people’s “felt emotion” - that which they experienced - to a greater extent than they reported the “perceived emotion” to be.

Sad music (in a minor key) was found to be able to lead to more heightened emotions than the pieces written in a major key. Meanwhile, the degree to which participants reported blithe emotions depended upon the key of the music: major key pieces led to higher levels of “perceived emotion”, whilsts the opposite was true of minor key music, which was found to have a stronger impact on “felt emotion”.

The findings of the experiment suggest that ‘sad’ music can in fact provide a positive experience for the listener. Kawakami suggests numerous explanations for this effect, including that emotions we feel as a result of listening to music may be derived not from the mood of the piece but by the act of listening to music. She suggests that the patterns found in music (e.g. repeating sequences of notes, a regular rhythm, etc.) lead to a degree of predictability, and that our ability to foresee coming sounds - described as “sweet anticipation” - offers the listener an enjoyable experience:

How emoticons influence emotional communication via instant messaging and...