Researchers find link between video game use and gender stereotypes in new study. 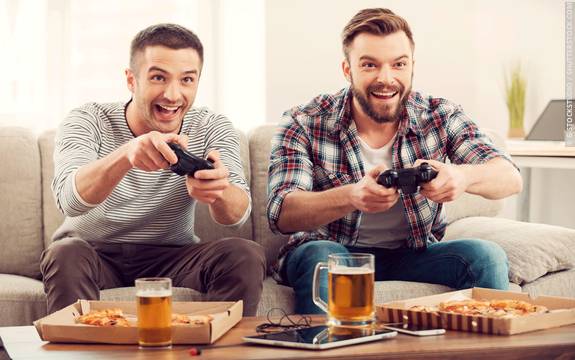 Players turn to video games as a form of escapist entertainment and to ‘turn off’ from real-world concerns. But on-screen events can promote unhealthy stereotypes, and increase the likelihood of gamers developing sexist attitudes, according to a new study published in the journal Frontiers in Psychology.

In the study, which investigated links between media exposure and the development of sexist attitudes, researchers in France found that youths who played computer games were more likely to profess attitudes that were biased against females, than those who played the games less regularly.

For decades, media commentators and psychologists have deliberated over the influence of media consumption on social attitudes. In particular, concern has been expressed over the translation of violence witnessed in television shows and films into violent behavior in reality.

Research undertaken in the 1970s provided early support for this theory. One study found that a preference for violence in television shows amongst boys was linked to increased levels of aggressive behavior later in life (Eron et al, 1972).

Today, with the ubiquity of games consoles, computers and mobile devices, consumers are able to immerse themselves in the virtual worlds of games, where they are able to further engage with fictional events, both violent and nonviolent.

Stereotyping in the portrayal of characters within these virtual worlds may influence gamers’ attitudes. The study’s authors note previous analyses of the depiction of genders in video games, which have found a bias in the depiction of female characters, with them being objectified or portrayed as being vulnerable and in need of help.

A team of five researchers, led by Laurent Bégue, a professor of social psychology at Grenoble Alpes University, sought to further examine the role that television and video game consumption plays in the development of social attitudes. Given the findings of previous studies linking religious attitudes to more traditional beliefs regarding the role of women in society, the researchers also looked at the impact that religiosity had on sexism.

But do stereotyped portrayals of characters in video games influence players’ attitudes outside the gaming environment?

Bégue sought to investigate by inviting a sample of 13,520 students to take part in a survey. The representative sample was comprised of both male and female students who lived in either Grenoble or Lyon, France, and were aged between 11 and 19 years.

The participants were asked to complete a questionnaire which measured their recent experience of video games. They were asked, “How many hours per day did you spend on average last week, Monday to Friday playing computer or on the video game console?” (Bégue et al, 2017).

Participants’ TV viewing habits were also assessed, as was the level of their religiosity. Respondents were asked how often they attended services and how important a role religion played in their lives.

The researchers compared these levels of media consumption and religiosity with participants’ sexist attitudes. Gender bias was measured by asking respondents, on a scale of 1 to 4, the extent to which they agreed with the statement, “A woman is made mainly for making and raising children.”

The study’s authors found that male participants were more likely to express sexist attitudes than their female counterparts. However, higher socioeconomic status resulted in lower levels of reported sexism.

They identified a link between the amount of time participants spent playing video games, and their attitudes to different genders, writing that, "...general video game exposure was significantly related to sexism, irrespective of gender, age, socioeconomic status, and religion."

However, religiosity remained a more significant influence on attitudes. The researchers wrote that, "The link between religion and sexism was, however, three times higher than the links between video games and sexism."

"Our results suggest that a traditional source of influence (religiosity) as well as new digital media may share some similar features on sexism."