Introduction to Electro-Convulsive Therapy (ECT), how it is used today and an evaluation. 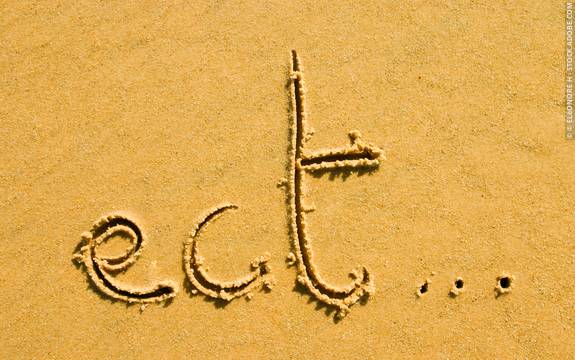 Electric shock treatment, or ECT, is one of the more controversial of psychological treatments, perhaps seconded only by lobotomy. Its origins, and effect in treating depression and obsessions, are quite surprising...

It was at the start of the 20th century when doctors believed that epileptic seizures were effective in preventing schizophrenia that attempts were made to cure the condition by actually inducing fits in patients. So, how were they induced?

In Germany, Manfred Sakel used insulin to lower the blood sugar levels of patients at the Lichterfelder sanitarium, causing patients to fall into comas and experience convulsions. Some patients experienced positive effects, and Sakel published his results and his method was used more widely. But it wasn't until 1938 that Cerletti and Bini discovered that electric charges could be used to induce seizures.

Modern ECT treatment is more humane than its original form: many patients' seizures resulted in broken bones and other injuries, so today patients are given anaesthetics so that they are not awake through the treatment. Muscle relaxants are also used so that the main visible signs of the experience are twitching of facial muscles.

The original treatment involved applying half-second shocks through two electrodes at either side of the forehead. Modern treatment applies the shock to a less active part of the brain.

What is it used for and is it effective?

Modern ECT is humane, but concerns remain as to the ethics of such a treatment that bypassed freewill and normal behavior. However, it has been found to be effective in the treatment of severely depressed patients who have not benefitted from conventional drug treatments and therapy. Fink (1985) found 60% effectiveness among psychotic depressives, but it doesn't get to the cause of the problem; altering only the biology of patients, and psychologists are still unsure as to exactly why ECT works.

Aversion Therapy
Aversion therapy uses the principle that new behavior can be 'learnt' in order to overcome addictions, obsessions or, as demonstrated in Kubrick's film, A Clockwork Orange, violent behavior.
Cognitive Behavioral Therapy
How Cognitive Behavioral Therapy can be used as a treatment. Article includes an introduction to CBT, exposure therapy, the Negative Triad as well as the successes and criticisms of the treatment.
Rational Emotive Therapy
Overview to Rational Emotive Therapy as a treatment in psychology. Includes explanations of different developments in the RET field and an evaluation of the treatment.