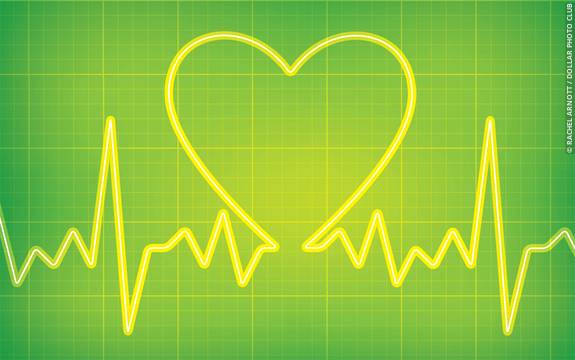 Have you ever guessed at the time before checking a clock, only to find you were a minute out? Or have you woken up at your usual time, without the need for your alarm to chime? If you have, your body’s internal clock may take the credit.

We often underestimate our bodies’ inbuilt ability to keep time with surprising accuracy. Psychologists have carried out numerous studies which have shown how our bodies can keep time, with various processes running in regular rhythms.

Moreover, our bodily systems are able to keep in time with numerous different rhythms at once. These processes are known as biological rhythms, and are categorized into four key groups:

Our bodies are able to regulate these cycles using external influences with which they synchronize. The sleep cycle runs in time with Earth’s rotation — we sleep whilst our side of the planet is facing away from the sun as a result of the body’s ability to detect light and its absence.

Other animals’ hibernation cycles are synchronised with weather seasons: they seek refuge and hibernate during the harshest of winter months and awaken as the weather improves.

Biologically, we are creatures of habit, and disruption of the body’s rhythms often comes at a price — when we need to wake up at unusually early time, our bodies are less prepared for the day ahead and our mood often reflects this!

Our conscious experience of time, such as the ability to judge how long you waited to be served in a restaurant, is quite separate from our biological rhythms, which operate independently of our conscious control. But how can our bodies know the time even when our conscious judgement of time is often wildly inaccurate?

The body depends on exogenous cues to regulate its internal clock. These stimuli in our external environment, known as zeitgebers (“time givers” in German), entrain our biological rhythms to keep in time with those of the natural world. Let us look at some of most influential zeitgebers, such as light:

Circadian zeitgebers such as daylight help to regulate our 24-hour sleep-wake cycle and gradual changes in daylight can in turn affect our sleep patterns.

Light is received by the eye’s retina and a signal is sent to the suprachiasmatic nuclei (SCN) — a pair of nuclei positioned just above the optic chiasm in the hypothalamus.

The SCN plays a significant role in regulating circadian rhythms, sending information to the pineal gland, which secretes melatonin, a hormone which encourages sleep, helping to regulate our sleep-wake cycle.

The role of the SCN as a pacemaker for our biological rhythms has been demonstrated in numerous studies. For example, Ralph et al (1990) removed the SCNs of hamsters and replaced them with those of hamsters with a shorter circadian rhythm. The SCN transplant led to the hamsters inheriting the shorter cycle of the donors.1

But what happens to people whose capacity to detect and react to light — photoperiodic abilities — are limited? How are the circadian rhythms of blind people regulated?

Researchers at Harvard Medical School monitored the circadian rhythms of a 63 year old man who was completely blind. Despite adhering to a regular 24-hour sleep schedule, the man’s internal pacemaker did not react to light as it would in a person with functioning vision, leading to it maintaining a circadian rhythm of slightly more than 24 hours. As our ability to sleep is linked to the secretion of melatonin and body temperature, the man experienced insomnia and found it difficult to sleep (Klein et al, 1993).2

Experiments involving the administration of melatonin, have attempted to artificially regulate these biological rhythms in blind people (Tzischinsky, 2007)3, but interestingly, the eye may not be the only organ which is receptive to daylight. A test in which participants received doses of light on the backs of their knees revealed that our circadian rhythms may be receptive to light exposure on parts of the body other than the eyes (Campbell and Murphy, 1998).4

Our biological rhythms and organs’ responses at different stages of these cycles are often regulated by the secretion of hormones. Take menstruation, for instance — an cycle which repeats in female humans on average every 28 days. This infradian rhythm is influenced by hormones such as oestrogen, which increases prior to ovulation, leading to the release of an egg.

In some cases, other people’s hormones around us can also influence our own biological rhythms. People around us emit various hormones, which can lead to the rhythms of members of a group changing to synchronize with one another.

Groups of women who live together often find that their menstrual cycles will synchronize with the rest of the group, for example. A study in which alcohol and perspiration from the women’s underarms was rubbed on other women’s upper lips to be smelt, leading to changes in the ultradian menstrual cycle, demonstrated the role of hormones in this synchronization (Russell, Switz and Thompson, 1980).5

The influence of hormones is not limited to humans — it can be seen across the animal kingdom.

Male Egyptian cotton leafworms, a type of moth whose mating behavior occurs in a cycle, have been found to respond to both light and dark signals, and the sex pheromones of the female moths, which signal that they are ready to mate (Silvegren, Löftstedt, and Rosén, 2005).6

Why Do We Live By Rhythms?

Why do our bodies need to run in time with biological rhythms? Wouldn’t life be easier if humans could fall asleep and wake as we pleased, alert and recovered for the new day without feeling tired? Afterall, dolphins substitute continuous sleep for microsleep — approximately 5-second bursts of sleep interspersed throughout the day — enabling them to remain on alert for hazardous debris in the water (Bear et al, 2007).7 Unfortunately, this is not an option for humans, whose biological rhythms exist for sound evolutionary reasons.

Scientists have suggested two primary reasons for the sleep cycles that many animals adhere to.

The first explanation for sleep, preservation theory, suggests that it serves a protective purpose — that it has evolved to subdue animals at the time of day when they would be most at danger. Where an animal is at risk from cold nocturnal temperatures or is preyed upon by a predator with superior night-vision (e.g. squirrels, which are hunted by owls), sleep coerces it to find a warm, relatively safe place to stay relatively hidden until morning.

A second group of theories which help explain sleep cycles are referred to as restorative theories. These propose that, during sleep, our physical activity is reduced, allowing energy to be deployed for the restoration of the body, allowing it to recover ready for the following day. For example, Ian Oswald at the Royal Edinburgh Hospital found that the production of protein, which may assist recovery in the brain, increases during the REM stage of the sleep cycle (Oswald, 1969).8

Once the body is accustomed to a regular biological rhythms, upsetting these cycles can lead to undesirable consequences. We have discussed how hormones in the air can lead to synchronized menstrual cycles, but disrupted or irregular sleep patterns, caused by a varying schedule or travel between time zones, can also impact our ability to function normally.

Jet lag is one such disruption to the sleep-wake cycle, which occurs at a result of time zone differences after a long flight. A person taking an overnight flight from London to New York may arrive at 10am (EST), but their body could be functioning as though it was 3pm (GMT) and by the evening early tiredness would set in. Jet lag can pose a more difficult problem when travelling in the opposite direction — West-to-East — leaving a person wide awake in the evening at their destination.

The use of melatonin to trick the body into adapting to the new time zone, when the internal pacemaker has not yet adjusted to it, has been tested by researchers in a double blind study (Arendt, Aldhous and Marks, 1986).9

Frequent fliers are not alone in experiencing disruption to their bodies’ regular circadian rhythms. People who work at night for long periods of time can gradually adjust their sleep patterns and manage stay awake and alert at night.

However, shift workers whose occupations require them to switch between night shifts and day shifts regularly can find it difficult to adapt each time their sleep-wake cycles are flipped.

As shift work tends to occur amongst people whose occupations demand full attention, such as haulage drivers, nurses and doctors on night shifts, the consequences of disrupted sleep patterns for employees and patients can be significant.

Gold et al (1992) conducted a study of 635 nurses working either non-night shifts or a combination of night and day shifts. The survey found that those workers whose shifts alternated between day and night were twice as likely to be involved in accidents than the rest of the respondents.10

The noted effects of jet lag have lead to action by legislators, limiting workers’ exposure to shiftwork. In the EU, for instance, the Working Time Directive mandates minimum periods of rest and restricts night shifts to 8 hours per 24 hours (Harrington, 2001).11

Do smart phones affect sleep?
How light from gadgets' screens affects our sleep-wake cycles.
Polyphasic Sleep Patterns
A look at polyphasic sleep patterns - naps throughout the day - and their impact on performance.
Sleeping Disorders
Common disorders associated with sleep.