Overview of the use of forensic psychology in criminal cases. 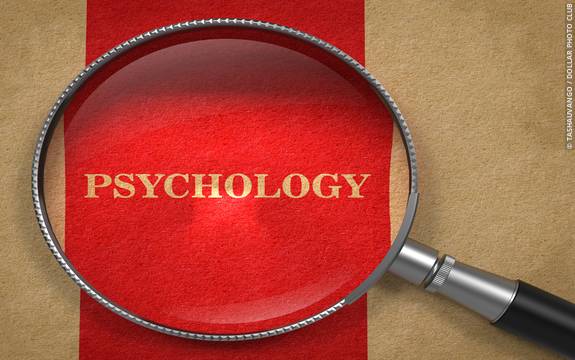 Forensic psychology is not really a "branch" of psychology in the same sense that Behaviorism or cognitive psychology are. This is because there is no "forensic" theory of psychology, nor any perspectives that are unique to this label. What, then, is it?

Forensic psychology is essentially just the application of psychology to the criminal justice system. Because psychology deals so directly with the understanding and prediction of human behavior, it is a natural area of interest for criminologists and those whose job is to dispense justice. By consulting psychologists, judges and juries hope to gain a better understanding of why defendants may have behaved a certain way.

In general, a forensic psychologist is called upon to testify in a trial as an "expert witness". As such, he or she must undertake the responsibility of translating his or her clinical training into a form that is appropriate for dissemination in the courtroom. By and large, the aim is not therapeutic so much as it is explanatory.

There are several specific tasks that a forensic psychologist might be asked to perform in this capacity.

The biggest responsibility of the forensic psychologist is undoubtedly the evaluation of competency. In the American justice system, an individual can only stand trial if he or she is "competent" to do so. This means that the person must have the physical and mental health to understand the charges against them, and to effectively participate in their own defense. For example, if a mentally retarded man kills someone in an accident, he might not have to stand trial if a forensic psychologists rules that he lacks the intellectual capacity to understand the nature of his deeds. These are the kinds of rulings involved in an evaluation of competency.

Typically speaking, the evaluation of competency is only brought into question in murder trials when the death penalty is a possibility. Because most people feel that it would be akin to murder to execute a defendant who has no understanding of their crimes, forensic psychologists must take great care to effectively establish that the defendant is indeed capable of such. In the event that the defendant isn't, it is then the job of the forensic psychologist to report this information to the court. This was most famously seen in a criminal case from Florida when a death row inmate took his appeal as far as the Supreme Court, which called upon a veritable army of forensic psychologists to determine the appellant's competency.1

Of course, there are certain risks associated with judging competency. The biggest is that of "malingering" or faking incompetency. It is easy to believe that a defendant facing the death penalty might try to falsely pass himself off as incompetent to stand trial in order to avoid this fate. Forensic psychologists are highly trained to detect such ruses, and further discouragement can be seen in the form of harsh punishments if the individual is caught malingering. In many cases, this has led to additional charges of obstruction of justice and an even harsher sentence upon being found guilty.2

Another responsibility that the forensic psychologist has is to assist the judge in recommending an appropriate sentence if the defendant is found guilty. For instance, in a case where an individual has committed a violent robbery, but the psychologist has no reason to suspect that the individual will ever do this again (i.e. – the hope for "rehabilitation" is high), then a relatively light sentence might be appropriate. By contrast, if someone is a repeat offender and the psychologist finds them to be at risk for committing the same crime upon release, then a stronger sentence may be called for. The forensic psychologist must help determine this.

One of the biggest factors weighing in on this decision is that of the defendant's "mental history". In the case of robbery, for example, if it is one's first offense, and one has no prior history of antisocial behavior of this extremity, then the risk of re-offense might be judged to be light. If, on the other hand, one had a long history of theft, the risk of re-offense would be high. It's important to be accurate here because it's possible for a sentence to be overturned totally if it is judged that an individual's history was not taken into account.3

This process has had a great influence in the understanding of abnormal psychology over the years. For example, thanks in large part to forensic studies, we now know that individuals who commit violence against animals as children often go on to be violent towards humans as adults. We also know that people who engage in rape or sexuality-related crimes have a higher tendency to repeat.

Because we know these things, the belief is that we can sentence people more fairly. A young offender who still has a good chance to live as a productive member of society is unlikely to receive a life sentence without parole regardless of the severity of his crime. Likewise, a first time murderer with a long history of animal abuse and antisocial behavior might receive a stricter penalty than someone who had an immaculate criminal record until the night they committed a crime of passion.

The Risk of Prejudice

The role of the forensic psychologist can be a difficult one. There is a great deal of responsibility involved in determining the future of another individual, especially when one has the power to send that individual to a lifetime of imprisonment, or even to his or her death. Because of that, it's a profession that undergoes a lot of scrutiny and criticism.

Many believe, for instance, that psychologists who work predominately as forensic psychologists will naturally develop a skewed perspective of humanity because, by nature, nearly all of the clients they see exhibit criminal behavior of some kind. The worry is that because these psychologists are presented with an abnormal selection of clients, they develop an abnormal worldview that can lead to hasty and prejudiced sentiments regarding accused criminals.4

Clearly, the stakes are high and it is important to be accurate when making judgments of the sort that forensic psychologists are called upon to make. Treating the discipline with a healthy degree of skepticism and scrutiny is vital to ensuring fair results for all.