What the handshakes of leaders can teach us, and perfecting your handshake. 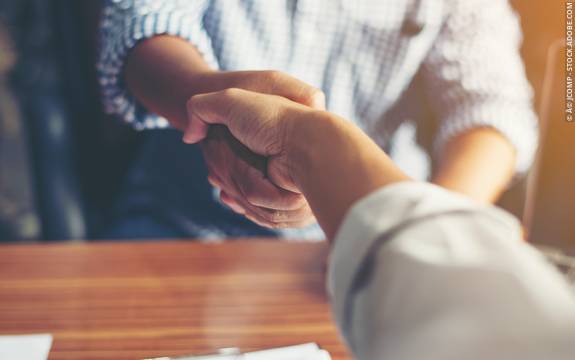 Handshaking is perhaps the most widely recognised of greetings worldwide, in both Western and non-Western societies. While on the surface a handshake appears to be a warm, friendly gesture, this can be a superficial reading. It's important to recognise the different meanings of handshakes in different situations, and to be able to use them to your advantage.

It's thought that the handshake originated as a greeting when a weapon would traditionally be held in the dominant, usually right, hand, so it has become a tradition to show that we are greeting someone without weapons by shaking with the right hand.

In some cultures, where the left hand is used for personal hygene, it is considered rude or insulting to offer a handshake with your left hand.

Cultural norms dictate that the person of higher standing, such as a teacher or elder, should initiate a handshake as opposed to the person of a lower social standing. If you're on roughly equal terms with a person, in terms of age and job position, offering a handshake is a way of portraying yourself as a confident person, and you won't be caught off guard if the other person decides to initiate one.

What famous handshakes can tell us...

If you watch world leaders shaking hands, pay attention to who looks the most confident and relaxed in the situation. As a rule, standing on the left in photographs (as in the one on this page) can give a better impression than standing on the left, where you could appear submissive to your counterpart. It also enables you to get the upper hand of the handshake in the photograph. 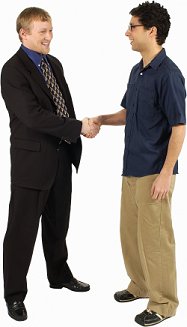 Here, we'll deconstruct the handshake and look at it from a number of viewpoints.

Getting the pressure in a handshake is important as the handshake itself. Business-people, particularly the males the species, often squeeze harder if they're trying to clench a deal, show confidence over their counterpart or give a generally warm greeting. But the crucial thing to remember in terms of pressure is not to squeeze hard in all situations; a firm handshake (without crushing the other person's hand) shows confidence and is preferable over a limp handshake, which can indicate to someone that you're not interested in building rapport with them and want to escape the greeting ritual as soon as possible.

The Perfect Handshake
A handshake contributes to people's first impression of you. Find out how to get it right.
Body Language and How to Read It
Master the science of body language reading with this exclusive online course.
Introduction to Body Language
Why body language matters in the real world.