Telling the Truth from Body Language

How to tell if someone is telling the truth from body language 'tells'. 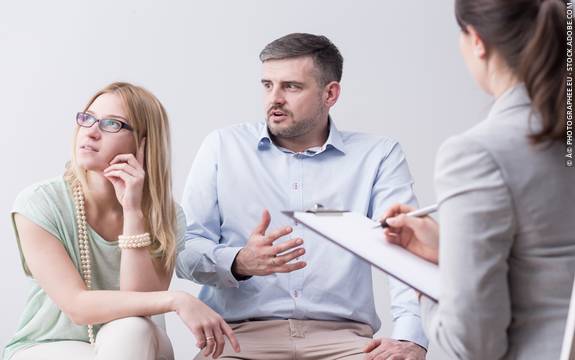 How to tell if someone's not telling the truth

There are tell-tale signs that give away those who are not telling the truth, or holding information back. This section will help you to become more aware of whether you are being lied to, by observing certain body movements.

However, human behavior is complex and we have individual mannerisms so your observations shouldn't be relied upon as definite proof - we recommend that you use them only as an indication that the truth may being withheld or changed, with a person whose behavior deviates from the usual.

It's always harder to lie to someone when facing them as people are conscious of giving away signals that lets the other person know that they are lying. Experienced liars may try to overcome this by holding back on their usual movements. They may sit or stand quite rigidly and try to look straight into your eyes to avoid being detected. On the other hand, someone who is very nervous about being caught out may become 'shifty eyed' - darting their glance from left to right - others will avoid looking into your eyes at all costs.

Hand to face movement become more apparent and many liars will have their hand partially covering their mouth as if to prevent the listener from hearing the untruth that they are uttering. (We call this the Pinocchio Syndrome).

Nose rubbing and/or pulling is especially common as the blood which is circulating to the nose, (which is the most protruding feature on the face), makes the liar more conscious of the minutest sensations and they feel a need to rub.

Speech is often more hurried as they feel the need to get the lie out and over and done with as fast as possible - on the other hand, it can also be unusually slow and deliberate as though they're afraid of tripping themselves up with their words. In particular, listen for how quickly they respond to your questions - especially unexpected ones as they will need to register their own response in their mind, in order to remember it in future. (One example of this is that someone who wears spectacles may feel the need to take them off and clean them before answering your question - this also avoids eye contact).

There may be variations in the tone of voice as this is something that cannot easily be consciously controlled. The tone may be uneven and the pitch of the voice higher than usual. The content of the lie may be vastly elaborated upon, as if to detract you from the lie itself.

People who lie often dislike awkward, long silences and will try to fill them in with trivialities rather than give you time to work out if they are speaking the truth or not. Their own sentences are likely to be short ones and the voice tends to rise in pitch at the end of the sentences.

Many liars find it easier to speak an untruth when their hands are hidden behind the back, in the pockets or under a table, as there is a natural need to gesticulate and they are wary of giving away any signals by fidgeting.

Look out for contradictory signals when trying to spot a liar. Often these people will smile with their mouth but not their eyes - you can tell a genuine smile when a person's eyes light up and crinkle at the edges. The false smile will not fade away slowly but rather end abruptly.