Aerobic exercise increases the ability to overcome grudges and to forgive others, the findings of a recent study suggest. 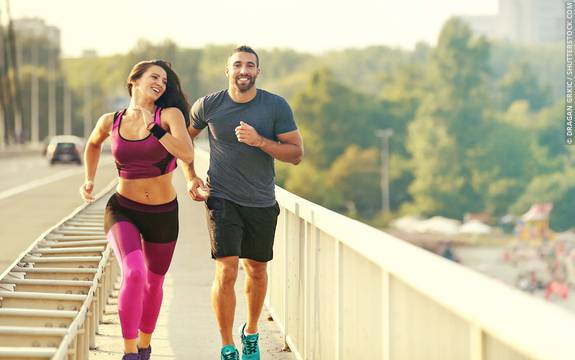 After an argument with a friend or partner, some people try to curtail their anger by leaving a confrontational situation in an attempt to ‘cool off’. They may go for a long walk or a run to give themselves the space and time needed to contemplate their relationship with the other person.

A new study published in the journal Frontiers in Psychology has found evidence that some types of physical exercise can increase the likelihood of participants forgiving others for their actions and overcoming grudges.

Researchers at the Department of Psychology at York University in Toronto conducted a series of experiments to explore the link between physical activity and forgiveness.

The first experiment involved 105 adult students who were taking an undergraduate psychology class. The group consisted of 52 males and 51 females with an average age of 29.13 years.

During the experiment, participants’ were asked to self-report their weekly exercise habits and the type of exercise that they usually undertook by answering the question, "When exercising I mostly do (choose the one that best fits): aerobics (running, jogging, cycling, and swimming); anaerobics (lift weights); stretching (yoga, pilates); or I don't exercise.".

Participants were also asked to report if they had previously been the victims of a partner’s “transgression” - behavior which may require their forgiveness. They also assessed the extent to which they later forgave their partner for the transgression on a scale ranging from 1 (“I would never forgive him/her”) to 4 (“I forgave him/her”).

The researchers found a correlation between respondents’ exercise habits and their attitude towards forgiving their partner.

Significantly, the type of exercise practised affected participants’ ability to forgive. The study’s authors report that, “Participants who engaged in aerobic exercise reported being significantly more forgiving ... than those who did not exercise” (Struthers et al, 2017).

Activities involving aerobic exercise, such as running, were found to increase forgiveness to a greater extent than weight lifting and other anaerobic exercises.

Exercises requiring stretches, such as yoga, were also associated with higher levels of forgiveness amongst the participants, compared with participants who practised anaerobic exercises or did not exercising regularly.

In a further investigation of correlations between exercise and forgiveness, a second experiment was carried out. Researchers invited a sample of 50 participants to attend a 30-minute class, in which they would be expected to undertake a given type of exercise.

They asked a control group of participants to attend a non-exercise class, in which a talk on healthy nutrition was provided. A second group undertook 30 minutes of anaerobic exercise in the form of weightlifting, whilst a third group practised aerobic exercises. A final group was asked to perform 30-second stretches for the duration of the class.

As part of the design of the experiment, the exercise instructor attended each class 12 minutes late. Participants’ attention was drawn to this lateness by the research assistant, who told them that, “The instructor is late. When she arrives we will start.”.

When the instructor finally arrived, no apology or explanation was offered that might reduce the ire of the held-up subjects.

After the classes, participants were asked to report their opinion of the instructor’s punctuality, rating it on a scale ranging from 1 (“Not at all”) to 7 (“Very much”), and the extent to which their instructor’s lateness had affected them. In order to gauge participants’ ‘grudge holding’ against the instructor, the study’s authors asked questions such as, “How often were you thinking about the event during the session” and, “To what extent will the event be difficult to let go of?”.

The researchers used high scores on these measures as an indication that participants were unable to exercise a higher level of self-control over the grudges that they held.

Finally, individuals’ forgiveness was measured using a request for participants to rate the performance of the instructor on a scale of F - A+. Respondents scoring the instructor with high grades were perceived as forgiving her lack of punctuality, whilst respondents giving a low grade had been unable to forgive her.

The results of this second experiment supported the initial findings: people engaging in aerobic or stretching exercise activity were more likely to overcome a grudge, forgiving the transgression of the instructor and reporting a higher grade.

Amidst concern that general exercise levels are too low at a time when obesity levels have been on the rise, the report’s authors note the added benefits that exercise can bring:

“This research provides yet another reason, arguably one of the most important, to get off the couch: improving relationships.”.

More on Altruism
Why do vampire bats show kindness to each other, and is it a selfless act?
Altruism More Likely in Affluent Areas - Study
A 'dropped letter' experiment reveals that the affluence of a neighborhood can affect whether or not residents engage in an altruistic acts.
Altruism in Animals and Humans
Why do we help other people? When Darwin introduced his theory of natural selection - often referred to as 'survival of the fittest' - he revolutionized and crystallized thought and theory in regards to how traits evolve in species.