A 'dropped letter' experiment reveals that the affluence of a neighborhood can affect whether or not residents engage in an altruistic acts. 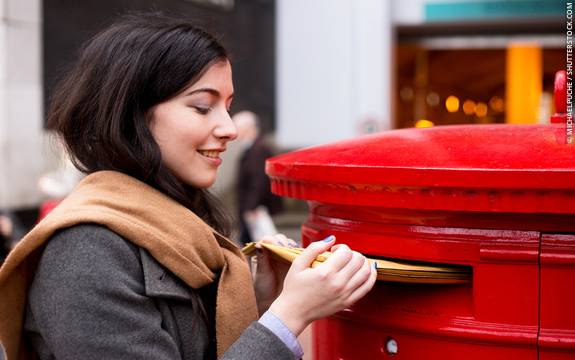 Altruistic behavior is more likely to be found in more socio-economically advantaged areas, according to a recent Australian study published in the journal PeerJ.

People’s willingness to help strangers in altruistic acts has been the subject of numerous studies.

An inclination to help others, whether assisting an elderly person across a road or holding a door open for someone, helps us to feel better about ourselves. Historically, altruism may even have held an evolutionary advantage: an individual who is willing to help another member of their group might expect to see their help reciprocated when they struggle later on.

Moreover, altruism amongst members of a community can help that group as a whole to survive and even thrive.

At the same time, altruism contradicts ideas of self-preservation: from an evolutionary perspective, by spending time and energy on strangers, a person (or other animal) may reduce their own survival advantage.

How much, therefore, are people willing to sacrifice in altruistic acts before they refuse to help someone in need?

Researchers in Perth, Australia have attempted to address this question in a “dropped letter” experiment, which looked at how likely people were to commit an act of altruism - to help in delivering a dropped letter - on behalf of a stranger who they would most likely never meet.

Dr. Cyril Grueter, a lecturer at the University of Western Australia, along with a team of researchers, analysed census data on the socio-economic status of different suburbs in Perth using the Index of Relative Socioeconomic Disadvantage. A set of 15 suburbs, whose rank on the scale varied widely, were selected as prospective locations for letter dropping.

The researchers addressed 300 envelopes to “S. Roberts”, a fictitious name whose address actually belonged to one of the researchers. Within each envelope they enclosed a sheet of paper with the name of the suburb in which the letter was to be dropped. Half of the envelopes were stamped, whilst the remaining 150 were left unstamped, increasing the cost to any passers by of posting the letter.

On a Saturday evening, the letters were left in the streets of their allocated Perth suburbs. Because the location of the dropped letters might affect the likelihood of them being found and delivered, the researchers set out specific criteria for their dropping: “We dropped the letters on a Saturday evening to ensure no postmen would pick up the letters… approximately 5 m from a house driveway or front gate on the pedestrian walkway to ensure visibility,” explains Grueter (Grueter et al, 2016).

They then awaited altruistic strangers’ help in adding stamping and getting them delivered to the stated address, tracking the rate of letter delivery by suburb.

Over the following days, 46% (138 letters) of the 300 letters dropped were returned. The return rate delivered as a result of an altruistic passer by decreased to just over 30% - half the delivery rate of the stamped envelopes - when the additional effort and cost to the passers by of stamping the unstamped letters was imposed.

The results demonstrates the limits to our altruism: goodwill exists, but is significantly reduced as the cost to us increases.

Letters dropped in more affluent or otherwise privileged suburbs were more likely to benefit from an altruistic act than those dropped in deprived areas. Whilst these findings may seem obvious in an experiment which asks participants to pay unnecessary postage costs, the cause may be more deeply rooted. Grueter cites a 2012 experiment conducted in London and published in the journal PLoS One, which found that:

“Low-income individuals may be too preoccupied with meeting individual needs to spend effort (even if rather trivial) on improving an outcome for an unknown neighbour, or may view their residency in poor areas as temporary and therefore choose not to invest in pro-social behaviour.” (Holland et al, 2012).

A need for self-preservation, along with a feeling of disconnect from one’s community, appears to encourage a reluctance to undertake altruistic acts that will help strangers.

One bypasser added their mobile phone number to the envelope before posting it, whilst another chose to hand-deliver the letter to the destination address. Grueter believes that “the actors desired recognition of their good deed, supporting the theory of reputation enhancement” (Grueter et al, 2016). Whilst the recipient benefitted from receiving their letter, the participants anticipated an opportunity to receive a brief ego-boost from a prospective show of gratitude from the stranger.

Social Phobias
Overview of social phobias and a case study.
Social Influence: Role Playing
What causes us to obey to authority figures such as police, teachers and politicians and why do people conform to social norms?
Social Influence
Why do people to conform in groups? A look at how social influence affects opinions and behavior.