A look at the experience of anxiety and its origins. 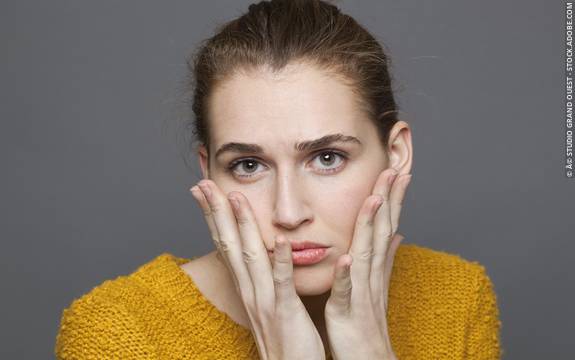 Anxiety is a cerebral emotion: when it is intense it ‘fogs’ the mind, producing mental tiredness and the incapacity for intellectual work. I feel it most in my eyes as a regular ache, which generates a sensitivity to bright light. When I am writing or typing under a bright light I control the eye-ache by regularly splashing my eyes with cold water, perhaps every half hour or so. Both the mental tiredness and the ache are intensified when combined with any mode of self-pity.

In social company, anxiety (in vanity mode) stimulates a compulsive need to speak (I get embarrassed by my silence) or compulsive behaviour (such as smoking, drinking alcohol, nail-biting, over-eating). When I have this fuzzy head at home I usually relax on the settee and doze. The cessation of anxiety can be quite sudden and produces an immediate clearing of the head – I ‘wake up’ from my semi-consciousness. The need for a long sleep time each night is usually due to the presence of anxiety or to a mode of self-pity.

Anxiety keeps the person focused on negative emotions ; if I am absorbed in narcissistic joy or jealous love, then if anxiety arises I usually switch out of them into self-pity modes or even hostile feelings.

The fear mode of anxiety is generated by a dictatorial conscience, or the ‘voice of authority’. This voice has two origins.

It can originate from the family setting: the parents’ commands become internalised into an oppressive conscience – ‘do as you are told’. The voice of authority also comes from one’s soul: the soul directs oneself to practise self-control (here the ‘voice’ is not a clear verbal one but more like an intuitive prompting). If I do something that my soul does not like, then I immediately feel a burst of anxiety in my eyes. However, this ‘voice’ is a subtle one and is unlikely to be noticed by a person who has not developed sensitivity.

What needs to be accepted is that emotions are not good or bad in themselves, but that the goodness or the badness lies in the context that we experience them and view them. However, since it is common practice to value things rather than contexts, I prefer to label emotions as either positive or negative, rather than as either good or bad.

Model of Emotions
More information on emotions.
Self Pity Emotion
The emotion of self pity explored.
Unconscious Ideas and Emotions
The link between the unconscious and emotion.