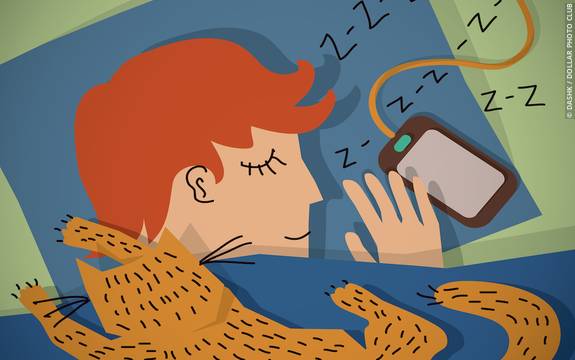 If you believe the evolutionary theory of sleep, you might be wondering why humans, not just non-human animals, still do it. There are famous examples of people being able to live on just a fraction of the sleep the rest of us have. For example, ex-British prime minister Margaret Thatcher was thought to have as little as 4 hours of sleep during her leadership of the country, and Thomas Edison, creator of the modern light bulb, spent long periods awake with limited effects.

Such cases are rare, though, and research has shown that sleep is important, and that sleep deprivation can have serious side-effects. Take the case of American DJ Peter Tripp, who in a radio stunt, spent eight days without sleep. During this time, Tripp experienced hallucinations and delusions whilst awake, and he is thought to have experienced longer term effects. After the experiment, the DJ caught up on only some of the missed sleep, but it should be pointed out that the non-laboratory conditions of the test and potential genetic factors relating to the side-effects mean that we can't say this would happen to everyone deprived of sleep.

Another case, this time of Randy Gardner, was studied by psychologist Thorne in 1998. Gardner spent a staggering 11 days without sleep, but despite experiencing vision and speech problems during that time, he appeared to recover better than Peter Tripp, even though he caught up on just 25% (15 hours) of the sleep he missed.

The different stages of sleep are thought to be of varied importance. REM sleep - the period in which our eyes move rapidly from side-to-side and dreaming occurs - and stage 4 are more important than the rest of sleep, known as NREM or non-REM sleep.

The studies into sleep deprivation clearly show that even humans can suffer serious side effects from the lack of it. A pointer to sleep's importance is babies' sleep patterns. Babies spend upto three times the amount of time asleep that adults do, and spend as much as 8 hours in REM sleep, indicating that such a vital stage in a person's development requires much more sleep than the rest of our lives.

What happens while we're asleep? Why do we need sleep? Psychology of sleeping

Dreams dictionary, plus find out why we dream, and more. Dreams & their meanings

Sleeping Disorders
Common disorders associated with sleep.
Stages of Sleep
A look at the stages of sleep we experience at night.
Polyphasic Sleep Patterns
A look at polyphasic sleep patterns - naps throughout the day - and their impact on performance.


Do Smart Phones Affect Your Sleep?

How light from gadgets' screens affects our sleep-wake cycles.