How your body copes with stressful situations and adapts to survive them. 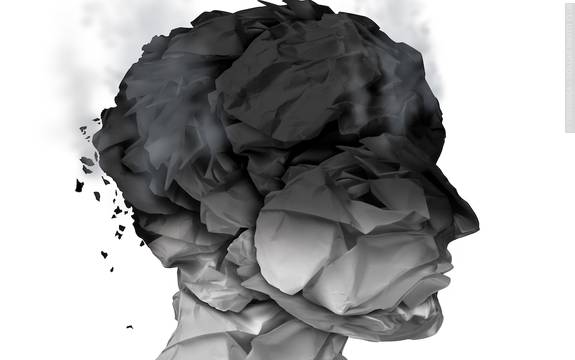 Throughout human evolution, our survival has been contingent on an ability to survive life-threatening situations — from being hunted by predators to recovering from illnesses.

But how do we become consciously aware that a situation is dangerous so that we might adapt to (and survive) it?

Often, we are first alerted that a situation is threatening by one of the side effects of stress — our heart rate increases, for example, and we become aware goosebumps on the skin, amongst other physical symptoms.

A Vienna-born endocrinologist by name of Hans Selye (1907-1982) was the first scientist to single out these side effects and to identify them collectively as being the result of 'stress' — a term that we use routinely today, but which did not even exist until less than 100 years ago.

Whilst conducting experiments relating to hormone production, Selye noticed that his subjects showed a similar set of side effects regardless of the type of life-threatening stimulus that researchers presented to them.

Seyle termed this collection of responses general adaptation syndrome (GAS), a 3-stage set of physiological processes which prepare, or adapt, the body for danger so that we ready to stand a better chance of surviving it compared to if we remained passively relaxed when faced with a threat.

Who was Hans Selye?

Hans Selye was born in Vienna, Austro-Hungary in 1907. He graduated with an MD from the German University of Prague in 1929, received a PhD in 1931 and the following year, accepted a position at McGill University in Montreal, Canada to continue his biochemistry research.

Whilst at McGill, in a 1926 article in Nature entitled, “A Syndrome produced by Diverse Nocuous Agents”, he identified a set of symptoms of being exposed to various threats in rats as general adaptation syndrome, and later labelled “stress” as we understand it today. Selye died in Montreal in 1982 at the age of 75.

General adaptation syndrome was discovered accidentally by Selye whilst he was conducting experiments on rats at McGill University in Montreal, Canada.

In a 1926 letter to Nature, Selye described the findings of a series of experiments on rats, in which the animals were subjected to numerous stressors, which he referred to as “nocuous agents”, including exposure to cold temperatures, injection with various toxins and being forced to endure excessive physical exertion (Selye, 1926).1 He then observed the physiological responses to these stressful situations.

Selye noted that regardless of the type of shock the rats were exposed to, a similar set of symptoms could be observed shortly afterwards, indicating that the reaction was not to a specific stimulus but part of a more general reaction to stressful situations.

Selye went on to identify three distinct stages of general adaptation syndrome — the initial alarm reaction stage which occurs shortly after the stressful event, followed by a resistance stage, during which body's Autonomic Nervous System (ANS) resists the impact of the stressful stimulus, and finally, if the stress continues, the exhaustion stage, when the body fails to cope with the distressing stimulus.

The alarm reaction stage is the first sign of general adaptation syndrome and occurred in Selye's rats between 6 and 48 hours following the introduction of the “nocuous agent”.

During this stage, the sympathetic branch of the ANS is activated — the adrenal gland secretes the stress hormone cortisol, along with adrenaline, and Selye observed that the rats' bodies underwent significant physical changes, including a reduction in bodily fat and the shrinking of numerous organs, including the liver and thymus and lymph glands. The body temperature was also lowered, conserving energy (Selye, 1926).

The alarm reaction stage prepares animals for a fight-or-flight response — a term coined by Walter Cannon to describe our reaction to a stressful event. The body adapts to be able to react quickly in either fleeing or confronting the threat posed to them. 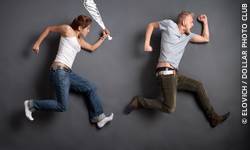 In DepthStress: Fight or Flight Response

After the initial reaction to the stressor during the alarm reaction stage, the parasympathetic branch of the ANS counteracts the changes that the stressful stimulus has produced, and attempts to restore a state of homeostasis, the default state in which the body functions normally.

This stage, in which the body tries to adapt to the new situation, is referred to as the resistance stage. Selye found that it occurred in the rats typically 48 hours following the stressful event.

During the resistance stage, the results of the hormonal changes which occurred in the previous stage are still apparent, including increased glucose levels in the blood and and higher blood pressure, but stress hormone levels begin to return to normal, enabling the body's focus to shift from alertness to repair.

The final phase of general adaptation syndrome is the exhaustion stage, in which the body has depleted resources following its attempt to repair itself during the preceding resistance stage. If the original threat has passed, it will continue its recovery.

However, the body no longer has the energy to cope with continued stress in the long term, and should it continue, it begins to show signs of exhaustion, gradually deteriorating as it persists.

The limited resources and energy that the body has to cope with stressful situations means that general adaptation syndrome has evolved to be only useful to animals' survival in the short term — that is, if the threat does not persist, leading to exhaustion.

For example, a rush of adrenaline might enable prey to flee an approaching predator, but the persistent stress of being hunted continuously for days would be difficult to adapt to in the long term.

Selye himself acknowledged that stress impacts each individual differently (Selye, 1950).2 What one person considers to be a severely stressful situation, another person may experience as only mildly distressing.

The GAS may also be manipulated by training — on experiencing stress on a regular basis, our bodies adapt to cope with it.

This ability to manipulation our stress response is particularly useful for endurance sports and affects how athletes train for strenuous competitions. For instance, a long-distance runner may undergo endurance training in order to adapt to, and cope with, the stress of longer periods of physical exertion (Kraemer and Ratamess, 2004).3

Take the stress test and measure your stress levels.

To Run Or To Fight?

How the Fight-or-Flight response explains stress.

10 Sources Of Stress (and How To Avoid Them)

What events cause the most stress and how can we avoid them?

Test your knowledge of the fight-or-flight response with this revision quiz.