What can we learn about body language from animals? 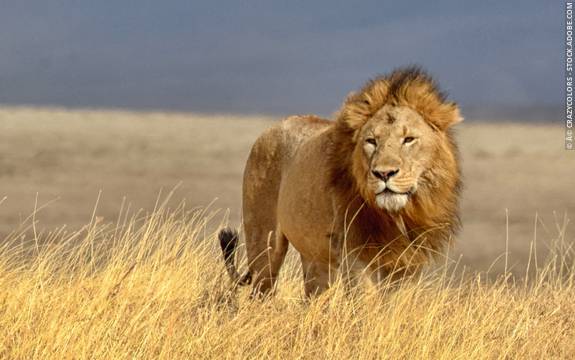 How Animals Use Body Language

One evening, 10 year old Elizabeth was lying on the floor when Gremlin, the family cat stalked by. Teasingly, Elizabeth let out a low "Meeoooowwrrll" as Gremlin neared. The cat stopped dead and stared at the girl for a long moment. Then, in a classic example of animal body language, she lifted a closed paw and 'slapped' Elizabeth's cheek, then turned and paced away with her tail tip twitching indignantly with each stalking step. Elizabeth sat there stunned for a long moment, then wailed, "But what did I SAY??"

Whatever it was that Elizabeth said with that single kitty-syllable, Gremlin's actions were unmistakable, even to a human. Mother cats routinely discipline their kittens with a cuff to the side of the face or the top of the head. And when she turned tail and stalked away, the tension in her body, the tail-twitch and the straight-legged gait clearly signaled her disapproval. While we don't have tails, we do use nearly every other one of those signals in our own body language to signal indignity and irritation.

The use of body language and gesture to communicate isn't unique to humans. It's shared by nearly every other species. The closer the species is to our own, the more their body language is similar to our own. Scientists who have studied apes, monkey and gorillas find striking similarities in facial expression, posture and

manual gestures between them and our own body language. Mother apes comfort their children with hugs and stroking. Mated pairs will engage in 'grooming' each other, running their fingers through the other's fur and petting soothingly. A gorilla will rise onto its hind legs and straighten its posture to gain dominance in a 'conversation' in much the same way a human will straighten his shoulders and draw himself up to full height in a show of confidence.

The body languages are so similar that many anthropologists have taught chimpanzees and apes to communicate deliberately with humans through the use of sign language. The communication goes both ways. There are many stories of remarkable animals that always seem to know when their owner is sad and needs comforting. Perhaps the most amazing story about an animal reading body language, though, is the one about the Max, the counting horse.

It happened in the late 1800s in England. Max's owner discovered that the horse could count by tapping his hoof. That was only the beginning of the horse's talents, though. Max, it seemed, could also do math. If he was given two numbers to add, he unerringly tapped out the correct sum. He could also do subtraction and multiplication. As word spread, scientists and researchers became interested in the phenomenon. They suspected that Max's owner was somehow signaling the horse when to stop tapping his hoof. To prove their theory, they conducted a number of tests without his owner present - and Max still performed with 100% accuracy. Max was obviously not being given a signal by his owner.

A group of parapsychologists suspected that Max might be reading minds. To test that theory, they devised a test that would ensure that no one in Max's presence would know the right answer to a sum - except Max, if he was really doing addition. Two people each whispered a number into one of Max's ears. Each of them knew the number that they whispered - but no one knew what both numbers were. As expected, Max could not do the math - but he wasn't reading minds. He was reading bodies. When Max was given a sum to do, he started tapping with his hoof - and watching his audience carefully. As he neared the right number, their body language would change. It might be a raised brow, or a release of tension - or a strengthening of it. None of the researchers was aware that they were 'telling' the animal the right answer - but the horse was. As long as someone within his line of sight knew the right answer, he could accurately 'add' any numbers that he was given. When no one knew what the answer was, he had no gauge to tell when he'd reached the point to stop counting.