How posture and positioning contribute towards better body language. 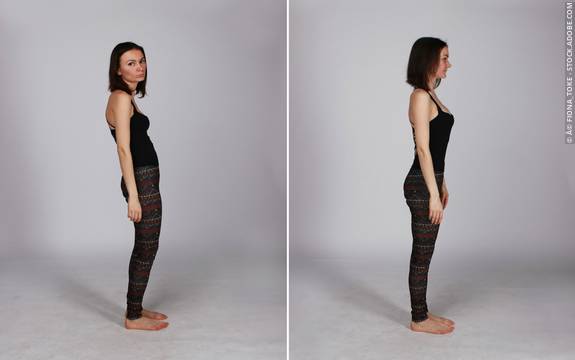 The way that you carry yourself is another important cue that others read without thinking. Picture Peter and Paul at a party. Peter is standing near the center of the room with other people nearby. His shoulders are back, his head is up and he is looking around the room with an interested expression on his face. By contrast, Paul is leaning against a wall near a corner. His shoulders slouch and his hands are stuffed into the pockets of his jeans. He's staring at the floor with a faint frown turning the corners of his mouth downward. Which man would you approach to start a conversation?

Like the clothing that you wear, your posture sends a lot of little messages about your personality and approachability. Slumped, slouched and rounded shoulders send a negative message - that's the way we stand when we're nervous, sad or feeling out of our depth. If you want to be seen as confident and in control of yourself and a situation, you need to cultivate a positive posture.

Think about how you stand when you're pleased with yourself. Your shoulders are back, your chest is out, and you stand with your weight evenly balanced on both feet. When you let your shoulders hunch, you're closing your body in on itself and giving others the impression that you don't want to be approached.

Where you stand in relation to others affects how they see you as part of the group. If you place yourself in the center of the action, you'll be seen as an integral part of the group. Hover on the fringes, and you become part of the furniture. Most will see you as not quite belonging. If you feel out of place in a group, make the effort to physically be a part of it. Move toward the center of the room, or turn inward toward the people that you're talking with. Make your body language inclusive rather than exclusionary.