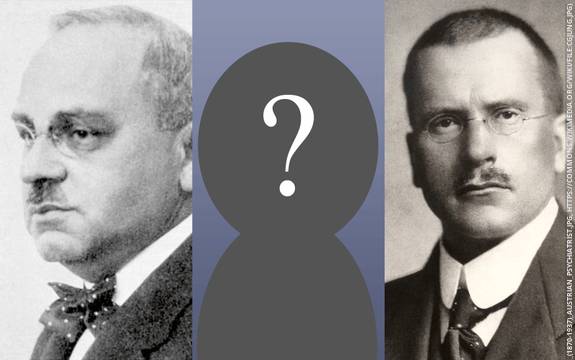 Turn of the century Vienna was fertile ground for the birth of psychoanalysis. The city was home to some of the most influential intellectual minds of history. It was there that Sigmund Freud established his practice of neurology and became infatuated with the theories of a discipline he eventually christened psychoanalysis. In 1900, when Freud published his first full book, The Interpretation of Dreams, he was widely regarded as a crackpot expounding ridiculous theories. There were, however, some men in the city who felt that Freud's analysis of the unconscious and its effects on conscious behavior were not only not ridiculous, but sheer genius. One of these men, Alfred Adler, would become Freud's strongest supporter - and eventually, the father of his own school of psychoanalysis.

A Meeting of Minds About Minds

On Wednesday evenings, a group of Vienna's brightest minds gathered at Freud's home for conversation and debate. It was there that many of them began to hammer out their own theories of the mind and its development. For eleven years, Adler was part of Freud's inner circle, a distinction he shared with another well-known name in the history of psychoanalysis - Carl Jung. Freud, Adler and Jung are unequivocally the most influential figures in modern psychology. And while Adler and Jung each put forth deeply differing views of psychological development, it was Freud's theories of the id, the ego and the superego that underlay them all.

A Schism of Betrayal and Trust

Eventually, the differences in philosophy between them and Freud's inflexibility in accepting the ideas of his students drove a wedge between the men. Freud's insistence that sexuality lay at the root of nearly all behavior and psychological organization became a bone of contention with both Adler and Jung. Adler left Freud's Academy of Psychoanalysis in 1911 to establish his own psychological society with its own journal. Jung's disagreements with Freud began earlier, but it was not until several years late, in 1914, that Jung too dissociated himself from his teacher and established his own theories and beliefs. Jung, Adler and a number of psychologists who came after them are collectively known as the Neo-Freudians.