What makes us left handed? Evolution from war, brain hemispheres or something else. 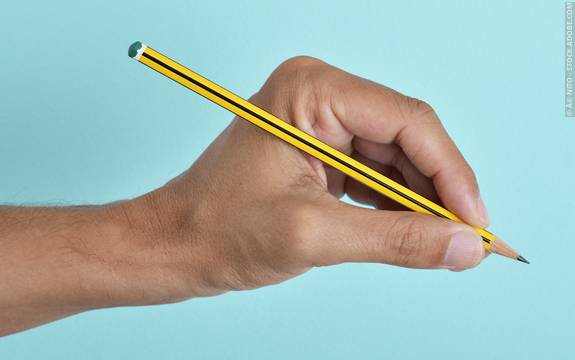 Approximately 10-13% of the population is left-handed. People who can use both hands equally well are ambidextrous. True ambidexterity is rare.

No one knows for certain why the human population is right-handed-dominant, but a number of theories have been proposed.

Evolutionary theories: The warrior and his shield

This theory attempts to explain left-handedness by the position of a warrior's shield and his heart. Basically, since the heart is on the left side of the body, a warrior holding his shield with his left hand would be better able to protect his heart than if he held it with his right. Thus, a greater mortality of left-handers would explain the prevalence of right-handedness today.

There are a number of objections to this theory:

This is the most commonly accepted theory of handedness. The premise of this theory is that since both speaking and handiwork require fine motor skills, having one hemisphere of the brain do both would be more efficient than having it divided up. And since in most people, the left side of the brain controls speaking, right-handedness would prevail. It also predicts that left-handed people would have a reversed brain division of labour. Lastly, since other primates do not have a spoken language (at least of the type we have) there would be no stimulus for right-handed preference among them, and that is true.

Handedness runs in families, although even when both parents are left-handed, there is only a 26% chance of their child being left-handed. Thus, it is clear that genetics is not the only cause. Handedness must also be influenced by some of the other theories presented here.

Apparantly, the Clan Kerr of Scotland built their castles with counter-clockwise staircases, so that a left-handed swordsmen would be better able to defend it. However, a 1993 study found no statistically significant increase in left-handedness among people with the family name Kerr or Carr.

Many members of the British royal family are left-handed. Genetics is usually used to explain this.

A look at extraversion as a personality trait. What determines whether a person...