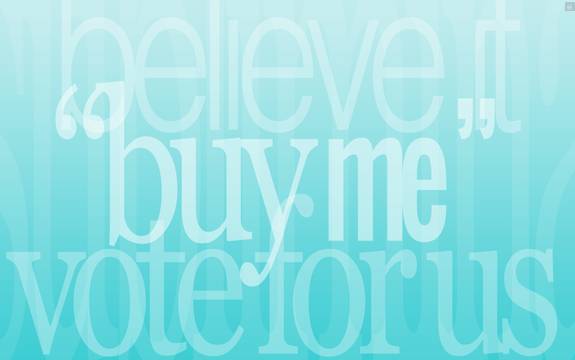 "Over the years there have been literally hundreds of studies"..."these studies show that considerable information capable of informing decisions and guiding actions is perceived evenwhen observers do not experience any awareness of perceiving".

A subliminal message is a signal or message designed to pass below (sub) the normal limits of perception. For example it might be inaudible to the conscious mind (but audible to the unconscious or deeper mind) or might be an image transmitted briefly and unperceived consciously and yet perceived unconsciously. This definition assumes a division between conscious and unconscious which may be misleading; it may be more true to suggest that the subliminal message (sound or image) is perceived by deeper parts of what is a single integrated mind.

In the everyday world, it has often been suggested that subliminal techniques are used in advertising and for propaganda purposes (e.g. party political broadcasts).

The term subliminal message was popularized in a 1957 book entitled The Hidden Persuaders by Vance Packard. This book detailed a study of movie theaters that supposedly used subliminal commands to increase the sales of popcorn and Coca-Cola at their concession stands. However, the study was fabricated, as the author of the study James Vicary later admitted.

In 1973 the book Subliminal Seduction claimed that subliminal techiques were in wide use in advertising. The book contributed to a general climate of fear with regard to Orwellian dangers (of subliminal messaging). Public concern was enough to lead the Federal Communications Commission to hold hearings and to declare subliminal advertising "contrary to the public interest" because it involved "intentional deception" of the public.

In all such cases there has been research into how much of the unattended or unconscious signal or message is perceived (unconsciously), i.e is the whole message sensed and fully digested or perhaps only its main and simpler features? There are at least two schools of thought about this. One of them argues that only the simpler features of unconscious signals are perceived; however please note that the majority of the research done has tended to test only for simpler features of cognition (rather than testing for complete comprehension). The second school of thought argues that the unconscious cognition is comprehensive and that much more is perceived than can be verbalized.

Various types of studies of subliminal perception have been conducted. For example, of whether anaesthetized patients are completely unaware whilst apparently completely asleep/unconscious. Although the patients themselves report no knowledge of events whilst they are anaesthetized, more indirect methods of examining what they can recall confirm that information is perceived without any conscious awareness.

Similarly, studies of patients with neurological damage show that patients who claim e.g. not to be able to see certain stimuli nevertheless respond on the basis of information received from those stimuli. For example, in the case of the syndrome known as blindsight patients can be unaware of receiving information within an area of their visual field that they believe to be damaged.

The technology of subliminal messaging has been developed quite far e.g in the hemisphonic technologies of the Monroe Institute (see below) and such techniques have been used in very real world situations such as the rapid and comprehensive training of men in the armed forces to recognise foreign ships and aircraft. Research suggests that the effectiveness of such tapes or CDs is greatly affected by whether the user believes they will have an impact (placebo effect).

A form of subliminal messaging commonly believed to exist involves the insertion of "hidden" messages into movies and TV programs. The concept of "moving pictures" relies on persistence of vision to create the illusion of movement in a series of images projected at 23 to 30 frames per second; the popular theory of subliminal messages usually suggests that subliminal commands can be inserted into this sequence at the rate of perhaps 1 frame in 25 (or roughly 1 frame per second). The hidden command in a single frame will flash across the screen so quickly that it is not consciously perceived, but the command will supposedly appeal to the subconscious mind of the viewer, and thus have some measurable effect in terms of behavior.

As to the question of whether subliminal messages are widely used to influence groups of people e.g. audiences, there is no evidence to suggest that any serious or sustained attempt has been made to use the technology on a mass audience. The widely-reported reports that arose in 1957 to the effect that customers in a movie theatre in New Jersey had been induced by subliminal messages to consume more popcorn and more Coca-Cola were almost certainly false. The current consensus among marketing professionals is that subliminal advertising is counter-productive. To some this is because they believe it to be ineffective, but to most it is because they realise it would be a public relations disaster if its use was discovered. Many have misgivings about using it in marketing campaigns due to ethical considerations.

During the 2000 U.S. presidential campaign, a television ad campaigning for Republican candidate George W. Bush showed words (and parts thereof) scaling from the foreground to the background on a television screen. When the word BUREAUCRATS flashed on the screen, one frame showed only the last part, RATS. Democrats promptly asked the FCC to look into the matter, but no penalties were ever assessed in the case. The effect this had on the overall presidential race was unclear; the Democrats and Al Gore received ridicule for finding malicious intent in something that could have been a simple mistake; the Republicans received ridicule for the lack of attention to detail and Bush's mispronunciation of "subliminal" (it came out as "subliminable"). (It bears mentioning that the "subliminal message" is easily viewable when the ad is played at regular speed. If the message were truly subliminal, that would not be the case.)

More on the Psychology of Influence

Social Influence
Why do people to conform in groups? A look at how social influence affects opinions and behavior.
Minority Influence
Minority influence enables individuals to change the opinions of others. We look at how it changes opinions and the factors that affect minority influence.
Video Game Exposure Reinforces 'Stereotypes' - Study
Researchers find link between video game use and gender stereotypes in new study.