What does your response to lemon juice say about how extraverted you are? Find out using this test! 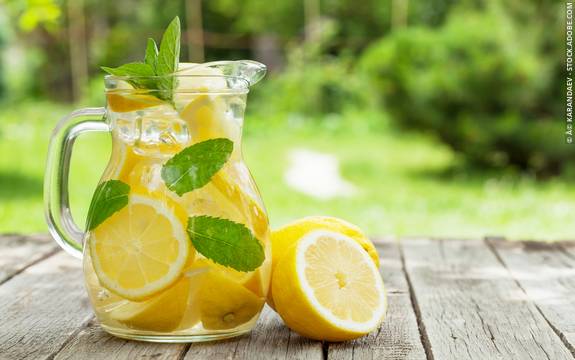 What does your response to tasting bitter lemon juice suggest about your personality?

Most of us will be accustomed to taking personality tests that take the form of questionnaires. In a series of questions, you might be asked how you would respond to a particular situation, or how you tend to feel when a type of event occurs in your life.

A less common practice, however, is the use of taste tests to measure participants’ personality traits. But that is precisely how researchers including the renowned German psychologist Hans Eysenck (1916-1997) discovered that introverts and extraverts could be distinguished from one another. Eysenck asked his participants to taste a few drops of lemon juice, and found that introverts salivated in response to the juice more than those whom he identified as extroverts.

You can test whether your response to lemon juice correctly predicts your personality type using a simple test. You may also want to compare the results with friends’ reactions to the taste test.

Before you start, you will need the following items:

If your findings replicate those of Eysenck, and you consider yourself to be an introvert, the swab containing saliva produced after tasting the lemon juice should be heavier than the first swab. In other words, you should have salivated more in response to the lemon juice. Conversely, if you are an extravert, there should be no significant difference between the weights of the two swabs.

But why exactly would your salivatory response to the lemon juice be correlated with the personality trait of introversion?

Hans Eysenck published his own findings regarding lemon juice and introversion back in 1967 (Eysenck, 1967). Whilst working as a Professor of Psychology at King’s College in London, he focussed on the psychology of human personality. Eysenck proposed a new model of personality along with his wife, Sybil, a fellow psychologist who was also interested in the subject of personality. Together, the Eysencks developed the PEN model of personality, which relied on 3 key traits as measures of personality: Psychoticism, Extraversion/Introversion and Neuroticism.

During his investigations, Eysenck found evidence for what he believed to be a biological basis for some of these personality traits. He discovered that introverts enjoy higher levels of cortical arousal in the brain, compared to those of extraverts. As a result, he claimed, extraverts are driven to seek arousal in the form of the stimulation provided by interacting socially with other people.

Specifically, it is believed that the role of the Reticular Activating System (RAS) area of the brain could extend to areas such as taste and social interaction. In introverts, the increased activation of this region may explain the increased salivary response to lemon juice. It might also support Eysenck’s belief that this internal activation provides introverts with a sufficient level of stimulation, leading them to sometimes be overwhelmed by demanding social situations and to prefer their own company or that of smaller, quieter groups.