Using Mnemonics to Improve Your Memory 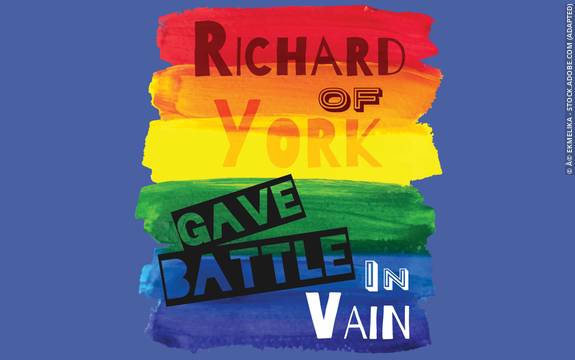 First things first - what are Mnemonics?

A number of mnemonic devices have been made to help people to remember the order of the colors of the spectrum, proving the power of mnemonics in revising for exams:

Beginning music students trying to memorize the notes of the staff use the mnemonics "Every Good Boy Does Fine" and "FACE" for the lines and spaces of the Treble Clef respectively. The Bass Clef equivalents are "Good Boys Do Fine Always" and "All Cows Eat Grass".

The acronym HOMES is also a mnemonic aid that can be used to remember the names of the Great Lakes (Huron, Ontario, Michigan, Erie, Superior).

The famous mnemonic for approximating the digits of pi: "May I have a large container of coffee?" Counting the letters in each word yields the sequence 3,1,4,1,5,9,2,6. A longer version is: "How I want a drink, alcoholic of course, after the heavy lectures involving quantum mechanics!" Another notable (but shorter) version is "How I wish I could recollect pi".

A famous mnemonic used by medical students to remember the cranial nerves is "On Old Olympus' Tiny Top A Finn And German Viewed Some Hops" (with variations; some say "terraced tops," some say "towering top," and "view some hops" is sometimes rendered as "vaulted a hedge").

A mnemonic used by physics students to remember the Maxwell relations in thermodynamics is "Good Physicists Have Studied Under Very Fine Teachers", which helps them remember the order of the variables in the square, in clockwise direction. Another mnemonic used here is "Valid Facts and Theoretical Understanding Generate Solutions to Hard Problems", which gives the letter in the normal left to right writing direction.

A mnemonic for remembering the number of days in the months of the year, practically a cultural universal in the United States, is "Thirty days hath September/April, June and November." (Although this is only part of a longer rhyme, this is the only part that most people remember, so they commonly complete it with words similar to "... except February, which has twenty-eight, or twenty-nine in a leap year." The full mnemonic is "Thirty days hath September/April, June and November/All the rest have thirty-one/except February alone/which has eight and a score/until leap year gives it one day more.")

Another mnemonic for the days of the months is not a rhyme or a jingle, but a gestalt. Whereas the traditional mnemonic simply associates the name of the month with the number of days, this one emphasizes the sequence. The 31 and less-than-31-day months would be easy to remember if they simply alternated, but this pattern was broken in 27 B.C. by the decision to rename the month of Sextilis to Augustus and to increase its length from 30 to 31 days. Thus the fourth 31-day month, July, is immediately followed by another 31-day month. Since the human hand has four fingers, one can, given an appropriate mind-set, perceive this pattern in a view of the knuckles of two fists, held together. The raised knuckles can be seen as the 31-day months, the dips between them as the 30-day-months-and-February, and the gap between the hands ignored. (Thus: left-hand-pinky-knuckle = January, dip = February, left-hand-ring-knuckle = March, dip = April, and so on to left-hand-index-knuckle = July; then continue with right-hand-index-knuckle = August, dip = September, etc).

A curious characteristic of many memory systems is that mnemonic devices work despite being (or possibly because of being) illogical, arbitrary, and artistically flawed. "Roy" is a legitimate first name, but there is no actual surname "Biv" and of course the middle initial "G" is arbitrary. Why is "Roy G. Biv" easy to remember? Medical students never forget the arbitrary nationalities of the Finn and German. Any two of the three months ending in -ember would fit just as euphoniously as September and November in "Thirty days hath...", yet most people can remember the rhyme correctly for a lifetime after having heard it once, and are never troubled by doubts as to which two of the -ember months have thirty days. A bizarre arbitrary association may stick in the mind better than a logical one.

A mnemonic technique is one of many memory aids that is used to create associations among facts that make it easier to remember these facts. Popular mnemonic techniques include mind mapping and peg lists. These techniques make use of the power of the visual cortex to simplify the complexity of memories. Thus simpler memories can be stored more efficiently. For example, a number can be remembered as a picture. This makes it easier to retrieve it from memory. Mnemonic techniques should be used in conjunction with active recall to actually be beneficial. For example, it is not enough to look at a mind map; one needs to actively reconstruct it in one's memory.

Other methods for remembering arbitrary numbers or number sequences use numerological (lit. number+word) systems such as the abjad, where each numeral is represented by a consonant sound.

An example of a widely used system for memorizing numbers as words is the major system.

This is another peg system, much like the number-rhyme system but more suitable for those with visual learning styles (a one looks like a candle; a two looks like a swan, and so on).

Retentive Method for Memory Improvement
How to create a story to remember things using the retentive method.
Working Memory Model
A theory on how our memory 'works' to remember things in different ways.
Pegword Mnemonic Memory Method
Using the pegword mnemonic method to remember phone numbers and other numeric sequences.