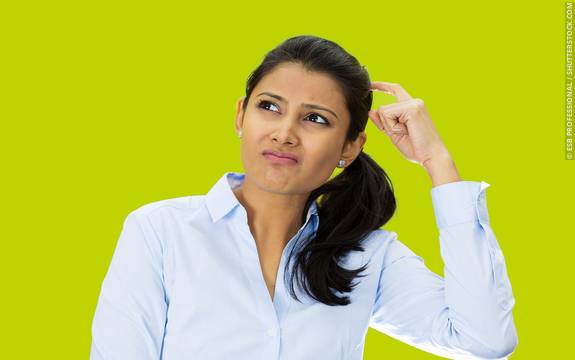 Schemas (or schemata) refer to a type of cognitive heuristic which facilitates our understanding of our environment. They are mental concepts which are used to recognize and develop an understanding of otherwise complex objects and ideas, from recognizing people, animals and objects in our immediate environment, to processing other types of information, such as what to expect during a repeated activity like attending a wedding, or attending a job interview. Schemas also affect the way in which memories are encoded and retrieved, supporting the theory that our memories are reconstructive.

Schemas are a form of cognitive heuristic - a rule which makes assumptions about a particular situation and, although not completely accurate, enables us to make snap judgements which meet our everyday needs.

Schemas are a product of our experiences starting from a very early age and can be adjusted or refined throughout our lives.

For instance, as young children, we may encounter pet cats. We recognize the typical characteristics of these animals (e.g. furry, walk on four legs, miaow, have whiskers around their mouths) and gradually create in our minds a schema of a cat. The next time we see an animal, we will use the schema to identify it as being a cat: if it resembles our schema, we consider it to be a cat. But if we see a dog barking instead of miaowing, the animal does not conform to our schema and we do not consider it to be a cat.

Using schemas, we are able to develop an understanding of the objects around us based on characteristics that we have encountered in similar objects in the past. Past schemas can also help us in future, novel situations. When we are given a electronic device that we do not recognize (e.g. a new type of phone), previous experience of electronics (embodied in a schema) will tell us that it should have an on/off button, and so we seek that to turn it on before trying to use it.

Schemas can also hinder our understanding of new concepts, leading us to fall back on prior knowledge rather than encouraging us to try to understand an idea anew. People often create stereotypes - a type of schema - which assign particular traits to a group of people, and expect all members of the group to possess those traits when encountering them. When they meet someone from that group who does not conform to their preconceived stereotype, they may overlook their differences and judge them based on a group categorization rather than on their individual characteristics.

The concept of schemas was first outlined by the German philosopher Immanuel Kant in The Critique of Pure Reason (1781). The idea was later picked up by Swiss psychologist Jean Piaget, a self-described “genetic epistemologist” who led research into the origins of human thought. Piaget proposed a series stages of cognitive development in children and believed that schemas were acquired from an early age as an adaptation to one’s environment - a cognitive heuristic used to comprehend an otherwise complex new situation (Piaget, 1923).

Frederic Bartlett (1886-1969), a psychologist at the University of Cambridge, later conducted an experiment to test the effect of schemas on memory recall. In 1932, Bartlett told a Native American folktale known as the “War of the Ghosts” to a group of British participants. The story was chosen as it was one which they were unlikely to have heard before. Bartlett then asked subjects to recall their memory of the story at varying intervals and recorded their version of it as time progressed.

Bartlett reported that the memories described initially closely followed the original story. As time progressed, however, he observed that participants’ accounts became less detailed, only retaining memories of key aspects of the story and filtering out elements which did not seem right, as well as adjusting others so that the tale adhered to the cultural norms that they were used to, rather than those of the Native Americans from whom the story had originated.

The accounts of the story recounted by the participants confirmed Bartlett’s belief that memory is reconstructive. Instead of storing the story verbatim, as it was told, memories of separate elements of the tale appeared to have been stored. When asked to recall it, participants appeared to have pieced together those memories with the help of schemas, which encouraged the inclusion of details that conformed to their expectation of what should have happened in the story, leading to the exclusion of details which did not seem to ‘fit’ it (Bartlett, 1932).

Piaget recognized that schemas remain fluid, cognizant of new information which either enforces or challenges them. He suggested that we either understand such information in terms of an existing schema, or that we accommodate it by adjusting our schemas to take account of it.

Imagine if a centenarian, who believes in magic but if unfamiliar with modern technology, was introduced to a mobile phone. He would likely be astounded by the way it enables him to speak to someone at the other side of the globe. He may use assimilation to explain this newfound capability in terms of his existing understanding of the world, writing off the phone’s capabilities as being an act of magic. Alternatively, accommodation may occur, whereby the man adjusts the schema, realising that his understanding of the world needs to be changed to comprehend this new technology (Piaget, 1923).

Various types of schema help us to understand a range of concepts. They can influence memories of events at the point of them being witnessed, affecting what our attention focusses on, therefore affecting the chunks of information available for encoding as long-term memories. This confirmation bias leads us to tend to seek out information which supports existing schemas, rather than that which may contradict it.

Additionally, when we try to remember an event, schemas can help us to piece together memories from it, but can lead to false memories based on our impression of how it should have occurred, rather than how it actually happened.

Types of schema include:

Working Memory Model
A theory on how our memory 'works' to remember things in different ways.
Multi-Store Memory Model
How does our memory function? Find out the stages of remembering.
Social Influence
Why do people to conform in groups? A look at how social influence affects opinions and behavior.