A look at how animals experience emotions and the differences between human and non-human emotions. 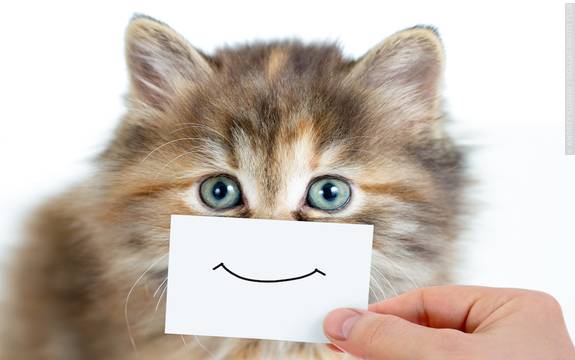 A recent study of horses has shown their uncanny ability to understand human emotion by differentiating between happy and sad facial expressions.1 But are horses, along with other animals, capable of experiencing different emotional states for themselves?

For years, folklore has relayed that a dog’s wagging tail is an indication of joy or excitement, whilst in cats it can be a sign or wariness or distress - emotional states which any pet owner will attest to.

However, some people claim that humans’ exceptional mental abilities, compared to other animals, support the idea that we are a unique species in the animal kingdom in our sensitivity to emotions. Is emotion contingent on human intelligence or is it a more general trait shared amongst non-human species too?

How Do We Define Emotions?

Before we delve into research exploring animal emotions, let us first define our understanding of ‘emotion’ more clearly. We all recognize feelings such as fear, anxiety, happiness, melancholy, love, anger and rage as all emotional states.

Emotions often originate from the observation of an external stimulus - fear, for example, is prompted when we see a predator approaching us. Although cognitive processes play a role in interpreting such an observation, our experience of emotion has been linked to a specific area of the brain: the limbic system.

Independent of our conscious intelligence, this primitive system is thought to have existed early enough in the history of evolution to be present in many other mammals besides homo sapiens. For instance, a rhesus monkey who had undergone a lobectomy to remove part of the anterior temporal lobe experienced “psychic blindness”. The monkey exhibited lower emotional responses, demonstrating its role in emotions across different species (Klüver and Bucy, 1939).2

More recently, a specific part of the limbic system - amygdalae - have been identified as playing a key role in our experience of emotions. Damage to the amygdalae has been found to impair our ability to recognize emotion in facial expressions, without obstructing the ability to identify the owners of those faces (Adolphs et al, 1994).3

One obstacle to proving or disproving animals’ experience of emotion is observation techniques. Unlike humans, psychologists cannot sit an elephant down to complete a self-reporting questionnaire as they might ask a human to do. Instead, emotions are often observed in terms of physiological responses.

These physical signs can easily be measured in observation and may include an increase in heart rate, perspiration and cortisol levels in the bloodstream resulting from the experience of stress, and the opposite when we relax.

Unfortunately, emotions such as grief are more complex than simple stress responses such as fear, and are not always as easy to quantify. For this reason, anecdotal evidence - individual accounts of animals exhibiting emotions - is of great importance in the study of emotions.

Do caged animals experience anxiety? Olsson and Sherwin (2006) observed that in the artificial environment of an empty laboratory cage, mice are unable to behave as they would in their natural setting. Can the mice’s morale be improved by providing stimulation such as exercise tunnels to run through and a wheel, along with a chewable block? The researchers tested this with two sets of mice - those held in an empty cage and those in a cage with stimulating objects.4

In one test, the mice were offered a choice of two drinks - plain water and a liquid anxiolytic solution. Those mice in empty cages were found to drink more of the latter solution for their anxiety than those who had been provided with the exercise props. The experimental observation of these self-medicating mice highlights the link between the artifice of caged environments and animals’ experience of anxiety.

Elephants have been seen to display a range of emotions in the wild and can be exceptionally empathetic towards other members of their group.

Compelling evidence of emotions in elephants (and other animal species) was brought to our attention with the 1996 book When Elephants Weep: The Emotional Lives of Animals, which recounts numerous anecdotal accounts of animals displaying emotion and emotional empathy (Masson and McCarthy, 1996). Amongst the animals discussed there is a chimpanzee named Nim who appeared to show empathy in the form of compassion for people when they cried. Even a dog, when taken onboard a flight with its owners, heard the sound of a baby crying and felt compelled to attend to the baby (p. 161).5

Whilst compassion has been seen in various animal species, elephants have attracted significant amounts of attention from researchers and are featured in numerous studies into animal emotion.

Asian elephants, for instance, have been found to show more contact towards fellow members of their group who appear to be distressed. Joshua Plotnik and Frans de Waal analysed their behavior in response to a “distress event”, which they defined as “resulting from an unseen or seen negative stimulus (e.g., mahout-driven separation or movement of individuals, conspecific intimidation or aggression, group separation, environmental threat or accident) that causes an individual to become agitated and to signal such agitation to others”
(Plotnik et al, 2014)6

The elephants would respond to such an event with a physical signal towards the individual in distress, as if to provide them with reassurance that they are not alone. Plotnik and de Waal summarised their findings as follows:

“...we found that elephants affiliated significantly more with other individuals through directed, physical contact and vocal communication following a distress event than in control periods. In addition, bystanders affiliated with each other, and matched the behavior and emotional state of the first distressed individual, suggesting emotional contagion.”
(Plotnik et al, 2014)

This is not the only study in which elephants have been observed to display empathy towards their peers. Bates et al identified 249 occasions during which elephants were observed responding empathetically to other elephants in times of need, and divided these into seven categories of behavior. Signs of empathy included elephants helping another (often a calf) to stand upright, wrapping the trunk around distressed peers in an effort to comfort them and attempting to remove unwanted objects, such as darts, from other elephants (Bates et al, 2008).7

Criticisms have been made of the suggestion that animals experience emotion. Alexandra Horowitz noted that dog owners often observe their pets exhibiting a “guilty look” after misbehaving, but how much does this rely on the human’s interpretation, rather than the dog’s behavior? Horowitz warns that we are in danger of falling for “anthropomorphism” - imprinting human characteristics such as guilt on non-humans.

In an experiment to demonstrate this, Horowitz recorded 14 dogs during situations in which they were given the opportunity to misbehave, such as taking a treat in the absence of their owner. The dogs were then observed being chastised by their owners. In the second setup, the “guilty look” was observed far more than when the dogs acted independently.

Horowitz concluded that the dogs’ behaved in a guilty fashion as a result of chastisement by their owners rather than the remorse they felt for taking the treats (Horowitz, 2009).8

When is emotional empathy not, in fact, empathy? Biologist Robert Trivers (Trivers, 1971) looked at the behavior of vampire bats, such as their regurgitation of food (blood) to feed relatives.

Whilst this action appears to be an empathetic display of altruism to prevent the hunger of a peer, Trivers found that these acts of goodwill were provided on the condition that the favor would be returned when food was needed in the future.

Trivers described this behavior as reciprocal altruism - an adaptation, which acts as survival mechanism, rather than an indication of emotional empathy.9

In 1997, members of the European Union agreed a new treaty - the Amsterdam Treaty - in which animals’ capability of experiencing emotions was acknowledged (Veissier et al, 2009).10 The treaty aims to:

"...ensure improved protection and respect for the welfare of animals as sentient beings … Member States shall pay full regard to the welfare requirements of animals..."
(European Communities, 1997)11

Whilst arguments continue as to whether animals experience some types of emotion, such as the guilt observed in Horowitz’s study, the idea that animals are capable of experiencing distress through stress or anxiety is almost universally acknowledged. The practical implications of this are significant and have lead to reforms in the way that animals are treated in captivity.

Emotion: Feelings
How do we define emotions?
Model of Emotions
More information on emotions.
Anxiety Emotion
A look at the experience of anxiety and its origins.