How the cognitive load of a learning task affects a person's ability to memorize it. 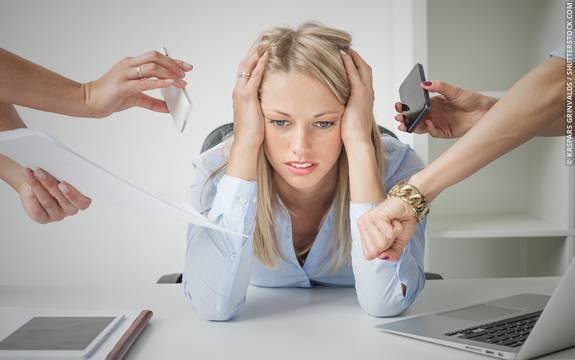 Cognitive Load Theory (or CLT) is a theory which aims to understand how the cognitive load produced by learning tasks can impede students’ ability to process new information and to create long-term memories.

Cognitive load is typically increased when unnecessary demands are imposed on a learner, making the task of processing information overly complex. Such demands include the unnecessary distractions of a classroom and inadequate methods used by teachers to educate students about a subject. When cognitive load is managed well, students are able to learn new skills easier than when high cognitive load interferes with the creation of new memories.

By understanding the principles behind cognitive load theory, teachers can optimize the way they present novel ideas to students to make them easier for their audience to understand.

Cognitive load theory was first outlined in 1988 by John Sweller, an educational psychologist at the University of New South Wales, Australia. Sweller built on the working memory model of memory which proposed that long-term memories develop when auditory and visual information is processed (or rehearsed) to a greater degree than other everyday observations (Baddeley and Hitch, 1974). Sweller believed that factors which make learning unnecessarily complex, or distract us from information we are trying to pay attention to, increase a person’s cognitive load as they are processing it. As a result of higher cognitive load, a stimulus is more difficult to pay attention to, rehearse and remember, making learning less effective (Sweller, 1988).

John Sweller and other researchers have identified ways in which cognitive load can be reduced in a learning environment using more effective teaching methods, thus encouraging the formation of new memories.

Cognitive load takes one of three forms: it may be intrinsic, extraneous or germane.

Cognitive load theory can be applied to any instructional learning context: by minimising the extraneous cognitive load imposed on students and avoiding a means-end analysis of a task, which can lead learners to be overwhelmed by the complexity of an idea, teachers can ensure that the presentation of information does not impede learning.

Furthermore, by developing activities which encourage a germane cognitive load, you can better facilitate long-term knowledge and skill acquisition.

The potential applications for cognitive load theory reach far beyond traditional learning situations such as classrooms, lecture rooms and conferences. Whilst teachers can use CLT to help students to learn, you can also apply the theory when giving a speech or presentation. By simplifying the ideas you want to convey, providing individual, easy-to-understand explanations of each issue and removing superfluous details, you can reduce extraneous cognitive load to make your presentation more memorable to listeners.

Let’s take a look at some specific ways in which you can apply cognitive load theory:

John Sweller (2006) emphasised the use of worked examples to show learners how to carry out new tasks. A worked example is essentially a step-by-step demonstration where a process is reduced to single actions, reducing the intrinsic cognitive load resulting from a complex task.

For example, maths teachers use worked examples to show students how to use long division, which from the outset may appear difficult, but when split into simpler steps, can be understood by most people. Online instructional videos for DIY projects, where a task is broken down into smaller assignments and demonstrated by an expert, are another instance of worked examples.

According to the working memory model, auditory data is processed separately to visual information. A ‘phonological loop’ handles speech and other sounds, whilst a distinct ‘visuo-spatial sketchpad’ processes text and other visual stimuli (Baddeley and Hitch, 1974). When a learner is presented with two simultaneous instances of the same type of stimulus, extraneous cognitive load is increased and as the two compete for attention.

For example, when you hear two people trying to explain something to you at the same time, the increased cognitive load prevents you from focussing on both explanations and you might only pick up on fragments of what each person is saying.

Similarly, when a diagram printed in a book is labeled with different numbers, and each number is explained in paragraphs printed on the opposite page, the need to cross-reference each number across two different visual stimuli increases the cognitive load experienced by a learner and hinders their effort to understand the information.

Cognitive load theory suggests that educators remove competing stimuli in order to avoid the split-attention effect, and should allow students to focus on a single visual source of information at any given time. Similarly, when listening to a lecture or watching an instructional video, the experience should not be interrupted with competing explanations of an idea.

Paul Chandler and John Sweller demonstrated this in a study which concluded that the learning experience could be improved when competing stimuli were merged into one source of information.

By embedding a written explanation of a diagram within the illustration itself, the researchers found that learners could understand the information presented to them better than if the diagram and explanation were provided separately (Chandler and Sweller, 1992).

Similarly, in a presentation to show students the locations of different countries on a world map, a teacher might employ these findings by writing the names of the respective countries on the map rather than asking students to refer to a separate key listing the countries by number.

However, as Baddeley and Hitch’s theory infers that audio and visual stimuli are processed separately, they can be combined in order to provide an enhance learning experience.

A visual demonstration of a task presented in a video can therefore be improved with an audio narration that explains each step, without overloading viewers with competing stimuli.

The split-attention effect can also affect an audience when distractions are present in the learning environment.

Just as the light from an audience member’s phone can lead your attention away from the screen at a cinema, we are all prone to losing focus in a learning environment when distractions are present.

By identifying and removing stimuli which may distract an audience, educators can reduce the additional extraneous cognitive load imposed them. When giving a presentation, a lecturer might ensure that they do not stand next to distracting signs or posters. A co-operative, quiet audience can also reduce cognitive load and help to avoid the irrelevant speech effect, whereby distracting background sounds have been found to impede the formation of new memories (Jones and Macken, 1993).

Working Memory Model
A theory on how our memory 'works' to remember things in different ways.
Multi-Store Memory Model
How does our memory function? Find out the stages of remembering.
Craik & Lockhart (1972) Levels of Processing Theory
Traditional theories of memory segmented human memory into different stores.